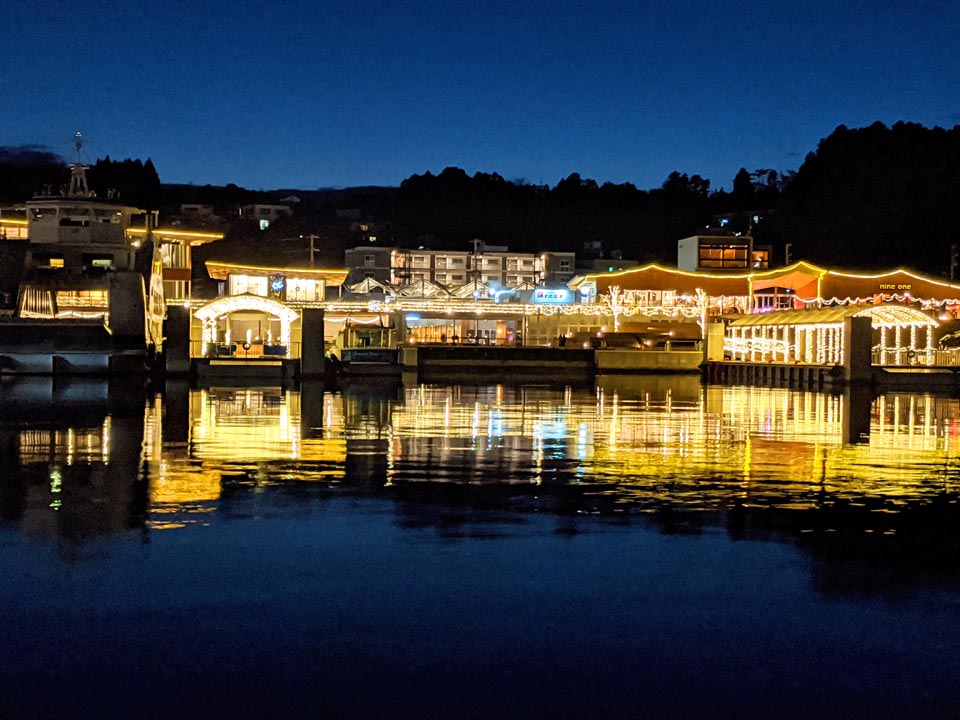 Once a beacon of light, the inner bay “Naiwan” area of Kesennuma lost its shine after the 2011 disaster, and thus its visitors. In the Christmas season, we adorn the bay with a stunning light display to reclaim its shine, and inspire the children who we’ll be handing Kesennuma to eventually. Come see the bright future for yourself!