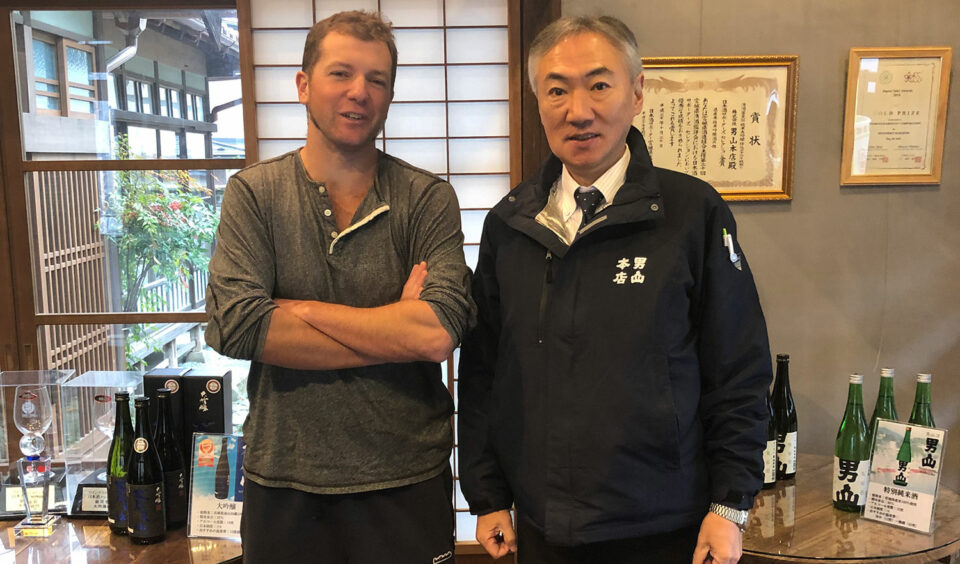 Jan 23,2020
Putting a Sense of Community to the Ultimate Test

Akihiko Sugawara is the owner of Otokoyama Honten Sake Brewery in Kesennuma. He is the successor to this business, which has long been an important aspect of Kesennuma’s culture. Coming from a line of well-known figures in his community, his father and grandfathers having been heavily involved in city festivals and events, politics and more, now, more than ever, he considers it his role to lead the brewery toward a new era post-tsunami.

Our talk began with how sake fits into the development of Kesennuma historically. It makes sense when you think about it, as sea-hardened fisherman and alcohol go hand in hand in anyone’s mind. During rapid industrialization of Japan’s economy and fishing industry, the amount of sake transported here wasn’t quite enough in this increasingly busy port, however. Kesennuma is a bit difficult to access from the sake-producing, inland areas such as Niigata, or the central plains of Fukushima. “Doburoku” he said, which is essentially Japanese moonshine, managed to fill in some gaps in supply, but in the early 20th century, Otokoyama Honten began a full-scale brewery operation in Kesennuma to address the demand.

Sugawara-san has confidence in the product, as it has been “hardened” over the last 100 years from the straightforward criticisms and comments of local workers and fisherman. This for me was interesting, as many Japanese people will be reserved in criticism to save face, but that doesn’t seem to be the case in Kesennuma. Bypassing typical Japanese mannerisms benefited the product. However, it wouldn’t be until the end of the Showa era (1988) that Sugawara-san would find himself abandoning a 10-year career in Tokyo to return here and succeed ownership of the brewery.

I asked him what compelled him to do that, and our talk shifted to a philosophical one. Why do we work at all? He said the answer was never clear to him working in Tokyo. Many have trouble answering the question beyond things like “salary” or “stability”, even if you enjoy the job. This is a generalization of course, but Sugawara-san still asked himself the question from time to time, even after returning to his hometown to take over the brewery, a traditionally valued piece of the local economy.

We all like to speak of things like “community” or “brotherhood” or what have you, but it’s hard to quantify these things beyond reassuring words, or some face time here and there. Much in the same way people avoid direct criticism, you may find your neighbors unwilling to directly go out on a limb to help you. But when someone truly needs the help, can the members of the community step up to the call? Are we really valued for our contributions? The big moment that answered these questions and solidified Sugawara-san’s role was when the tsunami struck on March 11th, 2011.

Otokoyama’s corporate office and storefront were destroyed in the tsunami, but the brewery itself, situated a few streets back, was spared, within meters of the waterline. Naturally, the community was displaced and in crisis, with many dead, and even more distraught. It’s one thing for a community to step up and help a troubled member with finances or emotional support, but how can a community help when nearly everyone in the community needs help themselves?

Among the countless problems which faced the disaster-ridden town, Sugawara-san had a unique problem of his own. With power and water completely cut off, the large batch of sake that was nearly ready to be pressed and bottled would have to be thrown out. The community however, despite many having lost their homes or loved ones, came forward with a simple solution: to finish the batch together. They made fires with scraps of broken homes, carried fresh water from wells in the hills, and used generators to try and complete the batch of sake. It was an around the clock job now that they had to do everything manually, and in the bitter cold of March no less. It should be easy to see that Sugawara-san now had no more doubts of his role. The value of his business to his community was proven in a more emotionally moving way than he ever thought possible. The brewery was a valued piece of society, and always would be.

As inspiring as the story is, it’s not as philosophically inspiring as the nature of “recovery”, which was the next topic of discussion. I came to Kesennuma with the idea that the tsunami had “stopped” things, and things “restarted” as the recovery moved forward. The people of Sugawara-san’s community, however, didn’t draw lines in that way. The brewery for them stood as a symbol of resilience, and an outlet for them to immediately begin producing economic value. It was a way to not let go, to not let the disaster win. Although damaged, their lives and community never stopped, as long as they still had one another, and a common goal to work toward.

Things never stopped, and things never restarted, but continued to work and improve as they always had. Sugawara-san has approached his work with renewed vigor, creating a new line of Otokoyama products that have gone on to win awards both domestically and internationally. “Sotenden” the brewery’s flagship brand, means “Legend of the blue sky and sea”. This is a new age for Sugawara-san’s brewery, and the community that carried him here. He says he doesn’t want any pity drinks though. Like the straight-talking fisherman of Kesennuma, tell him how much you like the sake, or if it could be better! 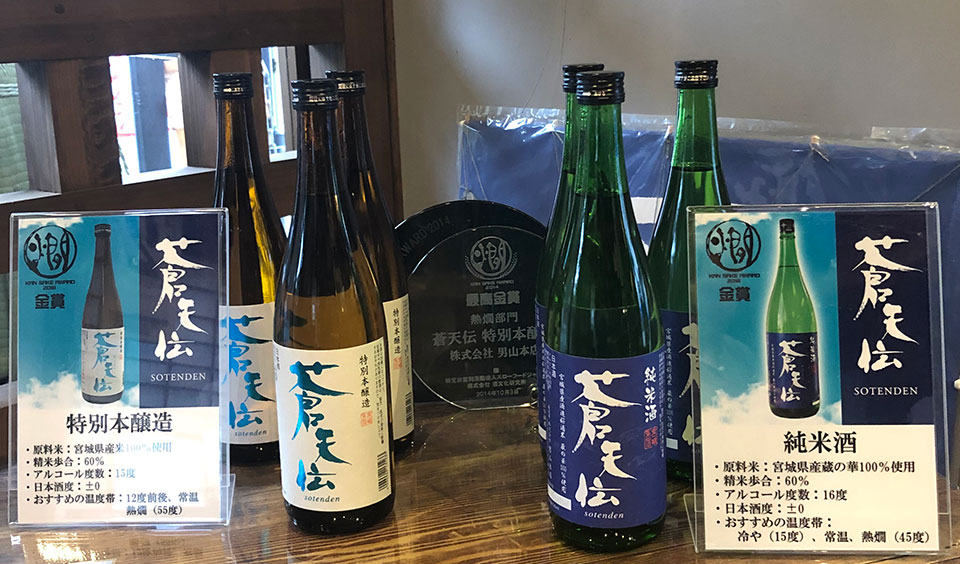