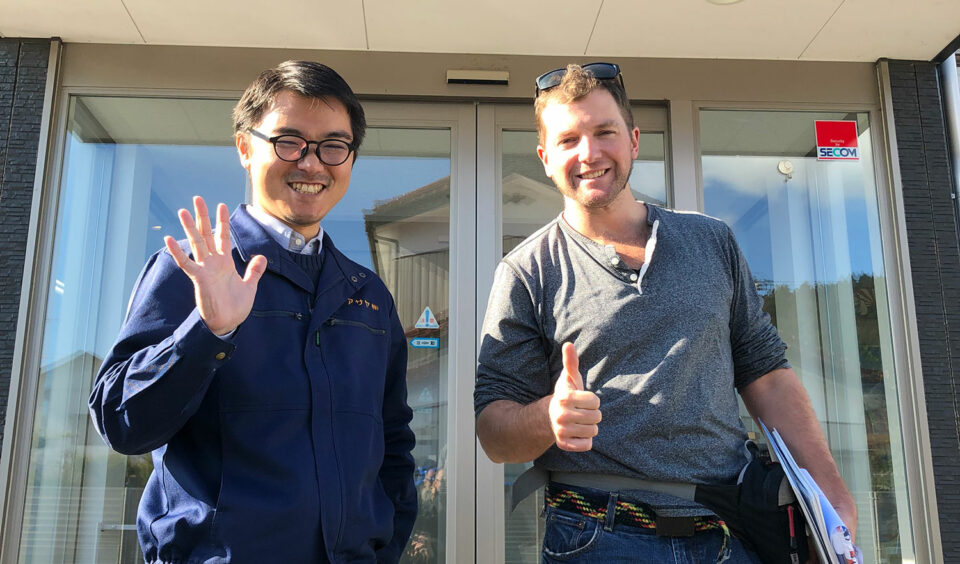 Jan 23,2020
Laying the Foundation for a Way of Life to Survive

Issei Hirono was born in Kesennuma, and has deep ancestral roots here. His great grandfather was the mayor at one point, and his father is the sixth generation owner of Asaya, the fishing supply company Hirono-san currently works for. After his return post-tsunami, it would eventually become clear to him that he fit into a key role in preserving Kesennuma’s way of life. Hirono-san is intimately involved with not only economic recovery of the fishing industry here in Kesennuma, but also in attracting visitors, as well as sharing the uniqueness of this area and way of life to the rest of the world.

We began our talk on a note about hard numbers. The Sanriku coastline where Kesennuma is located had its own “fishing bubble” in the 80’s, just as Japan as a whole was experiencing its “bubble” economy. In 1984, the region pulled in nearly 13 million tons of fish. It attracted fisherman from all over who wanted to hook into this lucrative slice of the Pacific. The bubble would eventually burst, the catches dwindled, and the fish hauls nowadays are about a third of what they were during the peak. While climate change and ocean health are factors as well, the tsunami Kesennuma faced is not the biggest reason for this.

Japan is the most rapidly aging country on the planet, and naturally the number of able-bodied fisherman is decreasing, from 230,000 in 2003 to 150,000 in 2017. The same goes for farming, crafting, and a range of the more “traditional” skill-based jobs. Replacing them is not so simple, however, as Japan is seeing a massive influx of youth moving to major city centers to pursue white collar careers, and a more sedentary, urban lifestyle. Many find the convenient, fashionable, and wealthier Tokyo (and other “big” cities) to be more appealing than their hometowns. Some grow up inspired by their parents’ work as fisherman or carpenters and so on, and choose to pursue a similar vocation, but as a general trend in Japan, we’re losing workers for the backbone industries, and not replacing them fast enough.

Hirono-san fell somewhat into this trend. After completing his education in Osaka and Tokyo, he became a full-time employee of IBM, where he worked for several years. After the disaster, he began feeling like something was pulling him back to Kesennuma. But even if he went, what could he do? He asked himself and his parents this, and the three of them more or less agreed he should pursue his budding career in IT, and stay with IBM in Tokyo. It wasn’t long before he could no longer bear doing nothing for his afflicted hometown, and Hirono-san soon relocated back to Kesennuma, albeit with no real plan. He would soon find an interesting role for himself as a link between old and new, however.

The dichotomy of “city vs countryside” is very palpable here, with many local businesses and fisherman doing business on a sort of “face to face” basis. Due diligence is based on reputation and relationships in town, and information is shared by word of mouth. Hirono-san was coming from the the other end of the spectrum, from a global corporation with contracts and long-term plans. He thus fit into the dynamic as a “hybrid” character, both with roots in, and knowledge of local ways, but also with a strong background in corporate style work. We joked that he’s a hybrid character in the video games we both play, like a “knight who can also use magic”. Quickly envisioning his role in the grand scheme of the recovery effort, Hirono-san saw how he could improve the business model, but didn’t want to stop there.

What is cool? How can we pass it on? These are the questions he asked himself in the context of how to revitalize the fishing industry, and share the appeal with the rest of the world that is often unaware of it. His current efforts can be split into three parts: Support the local fisherman through Asaya’s fishing equipment, share the fruits of their labor via internet sales, and the last and crucial piece, inspire a new generation of people both Japanese and from abroad to come see, and even try out these sorts of jobs. Hirono-san is active in Kesennuma tourism, as well as bringing young people from all over Japan for workshops related to the fishing industry. “Choi-nozoki” he calls it, which could be translated as “give it a try”.

Many who grow up near cities, or move there soon after school may never encounter the chance to physically try such work as fishing, farming, and so on. Convincing them it’s something they should dedicate their careers to is a distant dream, but Hirono-san hopes to light a fire with an idea they may never have had in the first place. There are efforts all across to Japan to preserve the skills and techniques that distinguish Japanese craft as some of the best the world has ever seen. A lack of interest among young people coupled with the rise in “fast”, cheaply produced options will be the killer of traditional ways of life, and the same goes for the fishing industry. However, the added element of the wrath of nature in Kesennuma’s story make the struggle to pass this cool way of life on that much more valiant.

The tsunami threatened to extinguish the fire that burned in Kesennuma, but people like Hirono-san are both rekindling it, and spreading it beyond to the hearts of people in Japan and abroad. He really is a knight that can use magic! 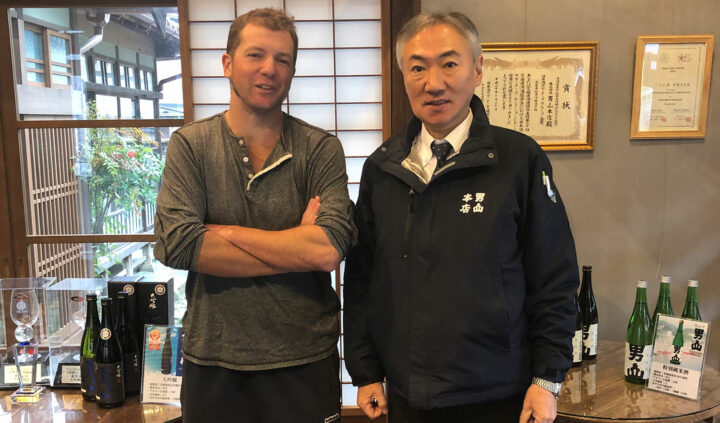